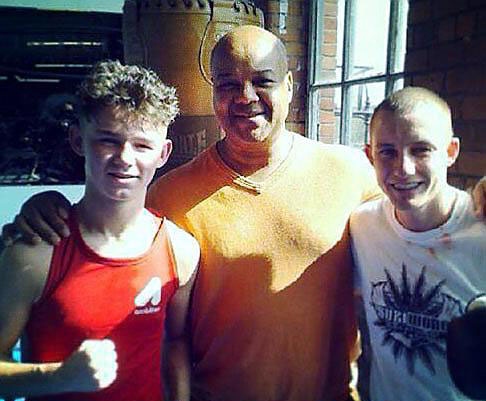 Oldham’s amateur star Will Cawley sparred with the future champion during his training camp, and

The sessions were intense at times but incredibly, the 16-year-old held his own against the future world champion.

The Oldham Boxing and Personal Development Centre gym, on Greaves Street, continues to go from strength-to-strength. The centre is one of only two Clubmark-ranked clubs in the North-West, and five nationwide.